Since last month the macroeconomic numbers are improving. Although this sounds good we have to wait and see if this is real improvement that is going to last or only a bias coming from the very low levels we have seen over the last quarter. GDP numbers weren't as bad as the FED expected and they are still flooding the markets with money in a 0% interest environment driving asset prices up. Despite the improved data, the V-shape recovery most countries hoped for is a myth and not happening. Currently it seems that we will reach the pre-corona levels around 2022/23. Seasonally summer time is not too promising for the coming weeks, typically resulting in a sideways/slight downwards movement, which I mainly expect to continue in August. Since we have a lot of bad news potential, I stick with an ongoing crash potential and a retest of the last market lows. All it needs is a catalyst for it and there are plenty from the newly risen tensions between the US and China, to horrific market data, historical high unemployment and bankruptcy of big named companies.

The EU markets will behave similar to the US markets basically for the same reasons. Some of the macroeconomic data like unemployment in Italy seem to be in great shape, however it's highly doubtful that the lockdown and Corona impact created more jobs than a booming economy in Italy, so there is plenty of room of negative surprises and corrected numbers. Negative interest rates and unlimited (!) € availability paired with a 750 billion € rescue package looks more like recipe for a long-term disaster. For the first time European nations use a common debt instrument.A looming debt crisis in more than a handful of European countries comes on top of the aforementioned economic issues. Brexit negotiations still going on and a standstill has further potential to drag the markets down along with the economy, hence the same negative outlook for August with some downwards movement already beginning.

Current outlook on the UK economy is very negative after it turned from one of the better countries in Europe to do worse than most others. Apart from the Covid hysteria and all sorts of limitations and the length of the lockdown period, plans to raise taxes and a wasteful furlough scheme are likely to drag the economy further. Brexit negotiations are likely to be a further drag until the end of the year or a solution is reached. As being the most lagging country in Europe and the estimated biggest GDP drop since 1706, the outlook remains negative with FTSE and GBP being behind other markets.

The USD went further down in July despite my expectation that it should go up again. Current uncertainty weighs heavy on the USD and might drag it further down at the end of the month. For the beginning I rather expect some retracement and recovery against the other major currencies. Especially if the Corona uncertainty or more local lockdowns occur in different US states, this will weigh heavily on the USD.

In a downwards rally between the major currencies, the EUR dropped less which looks like strength of the EUR. We saw one of the biggest gains for the EUR this month where technically the movement should be exhausted soon and recover somewhat. Potential European Debt crisis, Brexit negotiations, a potential trade war between the US and China as well as the aftermath of the lockdown are all potential downwards risk while there is no symmetry into the upwards direction. However, since we are in an upwards trend I will position myself trend following until proven that the EUR wants to go down.

The GBP can also benefit from the current USD weakness and gains against the Dollar. Technically we are facing a major resistance around 0.76 where we stopped the current movement. Given the disastrous situation in the UK, a break of that area could mean a rather significant loss in value for the GBP. While being pretty much flat against the EUR last month, GBP could face a breakout of the current sideways trend and see the exchange rate going up again to the last swing high of 0.94

Doing exactly what was predicted last month, oil currently is in a sideways movement. With potentially some minor lockdowns coming up and airlines ceasing destinations again as quarantine laws get changed, the demand side seems to remain quite weak. Russia failing the limitations of oil production agreed in OPEC+ doesn't help on the demand side and Saudi Arabia wants to stop the voluntary cut soon as well. This should move oil prices lower again which would geopolitically play into the interest of both Russia and Saudi Arabia. The longer oil prices stay  below $50, the more big integrated oil companies as well as Shale oil companies will struggle and potentially give up due to their high production costs which can generate some very lucrative short opportunities.

As predicted we had the sideways movement and then a big breakout in July to new all-time highs. Currently the market is taking a breather again into which looks like another sideways movement. Since we are at all-time highs there is no current target prediction apart from $2,000 being the next psychological number. Should we reach this or start a decline, I expect many of the people holding long positions to take profits while others will short the market as profit taking accelerates. This will result into a retracement, ideally down to the old all-time high of 1920 where gold should become attractive for a rebuy again.

We reached the predicted breakout and new highs in silver. For the beginning of the month I expect a consolidation phase and a correction which then will allow for the attempt of new highs at the end of the month.

Due to low demand from the automotive industry I expect Aluminum to correct over the current month and correctly slightly downwards after a sideways range.

After the predicted correction soy beans went up again and are currently correcting slightly. I would expect another test of the last swing high and if we don't break it an accelerated downwards move in August which could hold on in waves until the end of September.

From the current price level I expect a continuation of the downwards movement until the end of August.

After a sideways consolidation we are back in an upwards trend which I expect to continue at least in the very first week of the month. After that Zinc and Nickel might be due for a correction.

After the latest upwards movement which is likely to continue for a while, I expect sugar to be correcting and ending the month flat with a further sideways/downwards correction into September.

As always, make sure you do your own analysis. Happy and successful trading J 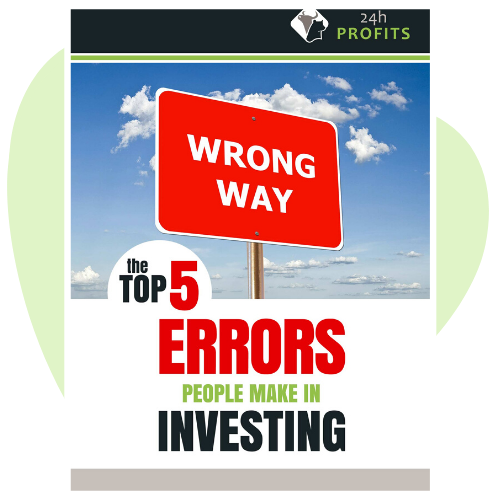